Nasielski, the name of the company and of the family who owns, created and runs it, has its origin in a small town in Poland, near Warsaw called Nasielsk.

The first member of the Nasielski Family working in Diamonds, started this family business. He had a passion both for the beauty of the stones and the jewels set with these Diamonds. He built his business based on firm principles like honesty and trust; and got a solid reputation when he provided the Tsar of Russia with Diamonds for his Jewellery.

The tradition continued from father to son, selling Diamonds all over Poland and Russia.

Salomon Nasielski, in the beginning of the 20th century, was elected Judge for internal affairs in the Warsaw Diamond Corporation, continuing the reputation of the family business.

During the early 1920’s, the family settled in Antwerp, where the new Diamond Bourse was taking a lead in the Diamond world. 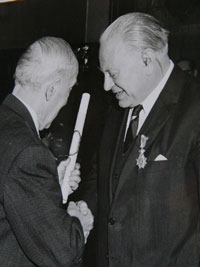 The company as it is known today, started in 1927 and was managed by Julio Nasielski. He set up his office and factory in Antwerp, polishing rose cuts, duke cuts, single cuts, Swiss cuts, and of course Brilliant cuts.

Some of these cuts have disappeared today and have been replaced by more up to date designs and modern cuts. 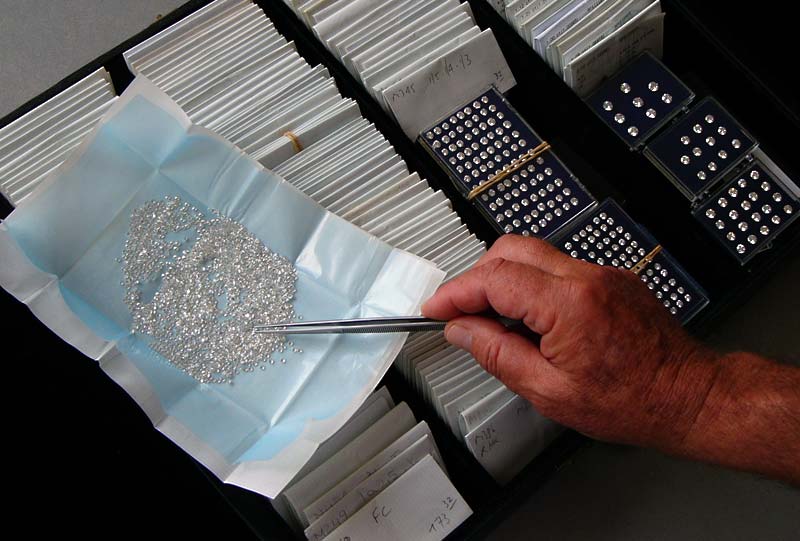 The Nasielski’s found refuge in the Brazilian town of Rio de Janeiro where, despite the difficulties of the war in Europe, Julio managed to set up a Diamond Polishing factory and export his production to New York, USA.

The Belgian minister Van Zeeland convinced some Diamond producers to return to Belgium. Julio came back to Antwerp to help rebuild the Antwerp Diamond Corporation, and continued his polishing business.

In 1958 his son Henri S. Nasielski entered the business. He based himself on the family values to perpetuate the company, producing also larger size goods, selling original parcels to Antwerp dealers and pre-sorted parcels to foreign Diamond dealers traveling to Antwerp to buy Diamonds.

In 1990 his great-great-grandson Michel joined him and together they have brought this business into the 21st century. The production has been modernized, new technologies are used, globalization is a reality and the company has adapted to it.

Today Nasielski Diamonds deliver the right goods at the right price to their customers worldwide, in a record-breaking time, maintaining the same family values for more than 150 years: Honesty, Trust, Service, Efficiency.